To the naked and untrained eye, James F. Willier’s art is eye-catching on its own.
But take a closer look and you will see a very strong message being delivered.
Willier drew a picture with a red dress waving in the wind amongst some trees. Taking a closer look; however, one can easily see the faces of several women on the tree trunks. It is Willier’s tribute to the missing and/or murdered aboriginal women.
“My best friend’s sister was murdered locally here,” says Willier, 37, who was born and raised in Sucker Creek. “I gave his mother one of the first copies as her daughter was one of the inspirations behind the drawing.”
Red dresses honour and represent indigenous women who are gone, but not forgotten. The red dress has also been adopted as the theme of the Red Silhouette Campaign.
In Willier’s picture, the dress flows similar to the spirits of the lost women.
The inspiration for the poster, which was drawn last year, came about one day when Willier sat down and started to draw. It has been a popular piece which strongly advocates for never forgetting missing and/or murdered women.
“I just start drawing and it comes naturally,” he says.
Willier has loved to draw since he was a child. He specializes in ink drawings, and has since presented a copy of the poster on this page to local police and other local organizations including members of the Sucker Creek First Nation and numerous other people.
Willier sells his art, which is becoming more popular. The Sucker Creek Band supports and buys many of his pieces to give away as gifts.
Driftpile Cree Nation is also purchasing his work.
“As soon as they saw it, they made me an offer,” he says.
Willier contines to draw and sell his work.
November is Family Violence Prevention Month. The awareness campaign started in 1986 to draw public attention to the issues and to evoke positive change in their community. 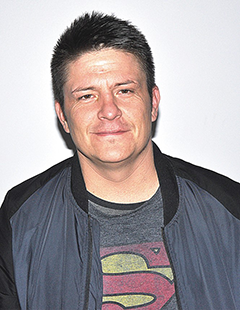 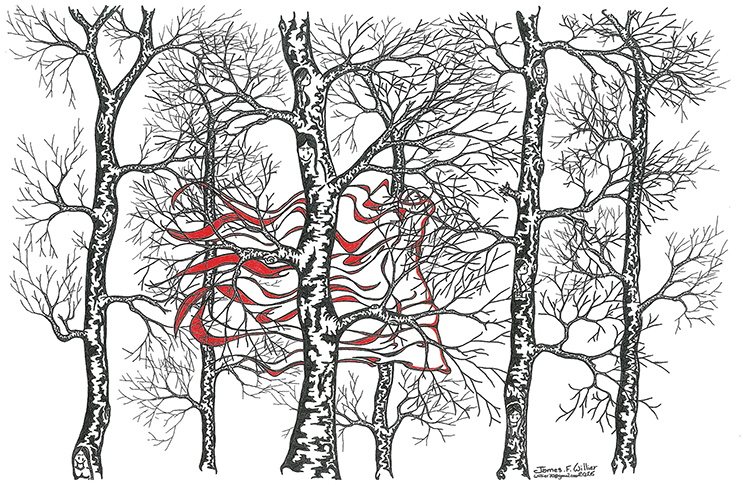 Willier’s picture of a red dress waving in the wind amongst some trees with faces of several woman on the tree trunks.