Home Sports Bantams on to provincials 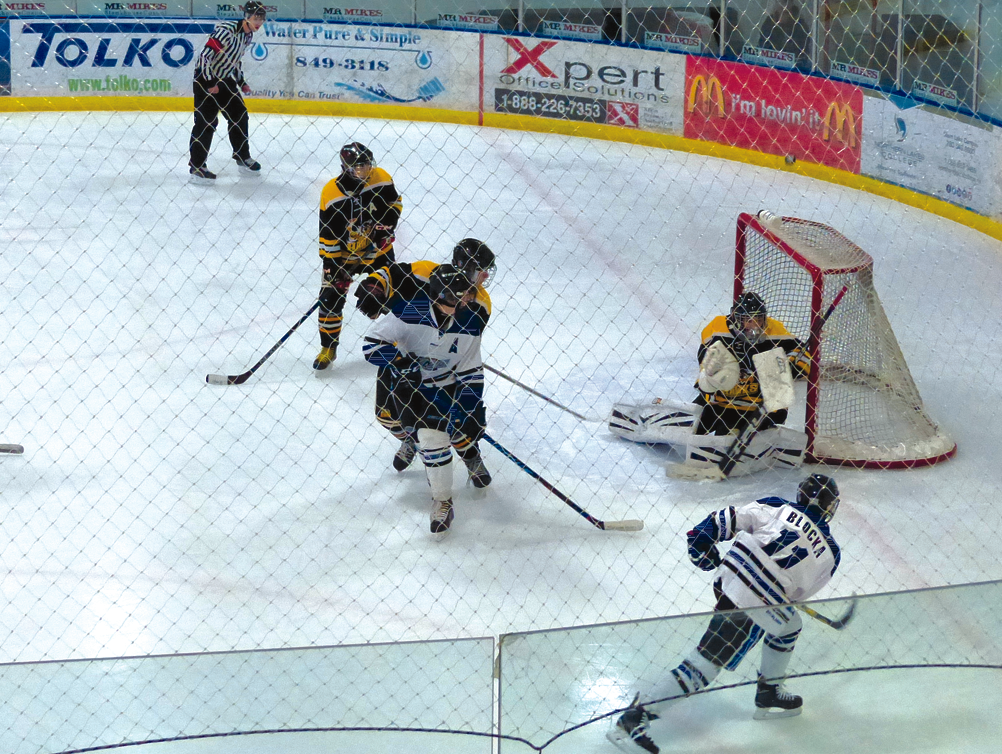 Slave Lake’s Bantam ‘A’ Team got into a bit of trouble on Sunday. One solid game away from advancing to the provincials, they fell behind and looked to be on their way out.
It was their third game in three days, and the Thunder started the contest with only nine skaters. That’s been sufficient several times already this season, but a fired-up Sexsmith squad scored on a couple of turnovers and were circling like sharks with the smell of blood in the water.
However, once again the Thunder pulled it out, coming back from a 4 – 2 deficit to win 5 – 4.
“Period three was probably the most pressure-packed of the season,” says head coach Richard Chemago. “Three straight goals by the Thunder, and a shut-down defence gave us the win, and the right to represent Zone 1 in the Bantam ‘B’ provincials March 17-19 in Springbank Alberta.”
Scoring for Slave Lake were William Chemago, Ethan Syslak, Aiden Blocka (on a breakaway), Bantam ‘B’ affiliate Hunter Mouallem and Matt LaFrance, with “ a crushing tipped shot that went through the five-hole.”
The Thunder also advanced to their league semi-finals, defeating Athabasca 9 – 0 in a two-game, total-goal series played Friday there (4 – 0) and Saturday here (5 – 0).
Goals in Friday’s game were by Aiden Blocka, William Chemago and Landon Robinson. Saturday’s goal-scorers were Chemago, Robinson and Josh Beaver. Chase Nehring got the shutout in both games.