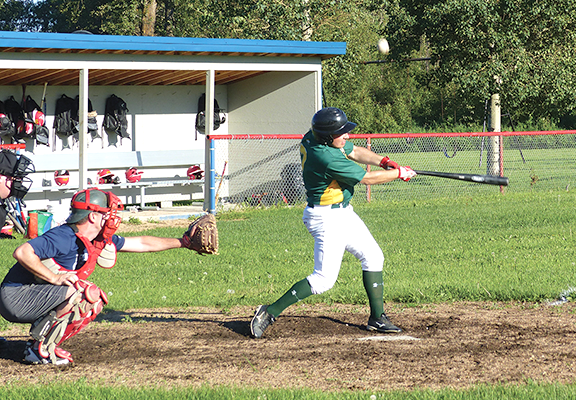 Cody Stasow of the Dirt Bags fouls one off in a game against the Slave Lake Heat in the Southshore Men’s Baseball League on July 4. The Dirt Bags were scheduled to play the Wabasca Jays, but when the Jays didn’t show up, the Heat were quickly recruited from their practice across the highway and they made a game of it. The Bags ended up winning 7 – 2, with Cole Stasow getting the win. The playoffs are supposed to be happening around now, but all teams in the league had several games to make up and there are some issues with regard to attendance at Wabasca games and vice versa.