There was some competitive junior baseball action at Charity Park in Slave Lake on Sunday. The St. Albert Cardinals were in town to play the local Heat in a two-game set and the fans definitely got their money’s worth. Both games came down to a single run, with each winning one.
In perfect baseball weather, the Cardinals started things off by winning the mid-day game by a 10 – 9 score, in extra innings.
“Despite the loss, we collected nine hits,” says head coach Cody Stasow, “with Nick Mulich and Daniel Masur getting six of them. Ian Pollard and Luke Macaulay each drove in a run to keep the game close and Brayden Stasow tore up the base baths with five stolen bases.”
Lee Worobec and Pollard shared pitching duties in the loss.”
With that game going into extras, the start of the second game was delayed a bit. When it got going, the Heat got going too, scrambling their way to a 3 – 1 lead after three innings with Randall Weber on the hill. Both teams were playing pretty sharp defense. An example: the St. Albert centre fielder picked off a Heat runner at third base with a big-league throw. But a throwing error would clinch it.
“It was a back-and-forth affair,” says Stasow. “We were down 5 – 4 going into the bottom of the seventh when Nick Mulich doubled in Cole Stasow. Then when Nick attempted to steal third, the St. Albert catcher threw the ball away, allowing Nick to score and win the game, 6 – 5.”
Coming on in relief of Weber in the game was Brayden Stasow.
Next up for the Heat are a couple of games against the Innisfail Merchants, in Innisfail, on June 4.

Bantam baseball was big on the weekend, with games both Saturday and Sunday at Sinclair Fields in Slave Lake. Not quite as big as it should have been, because one team didn’t show up for a Sunday contest. So the Heat and Grande Prairie Reds improvised, agreeing to play an ‘exhibition’ game Sunday morning. It turned out to be the best one of the bunch – a walk-off, 13 – 12 victory for the home squad.
But first things first. In Saturday’s first game, the Heat walloped Grande Prairie 14 – 1. Uneeb Khan pitched a complete game for the victory and William Chemago and Parker Hay both went two-for-three at the plate.
Game 2 had the Parkland Twins squaring off against Slave Lake and faring a bit better but also losing. The score was 10 – 5 for the Heat. Matt LaFrance and Aiden Blocka shared pitching duties.
Thanks to the North Peace Black Sox not showing up, GP and Slave Lake got down to business for fun and practice Sunday morning.
It turned out to be quite the barn-burner, with drama and danger and finally the dramatic ending in favour of the Heat.
One interesting aspect of the game was a female pitcher hurling for the Reds and doing a great job. Not only that, she hit a home run. Chase Nehring started the game on the hill for Slave Lake. Hunter Mouallem had taken over and was doing well when a line drive hit him above the eye. He went down for a minute, but got up and walked off and seemed to be okay. Kyle Campbell, Parker Hay and Chemago finished off the pitching. Carson Masur, Tayyab Khadim and Ethan Wedmid all drove in key runs in the win.
“The boys are on a nice roll of late,” says associate coach Dave LaFrance. “They finished the first round of league play with a clean 6-0 record. We will land in Division 1 for the next rounds of Baseball Alberta League play. The teams will only get stronger from here on in.”
At press time the next set of games was not known. 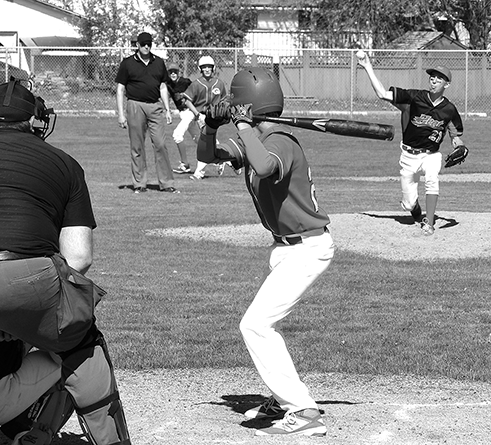 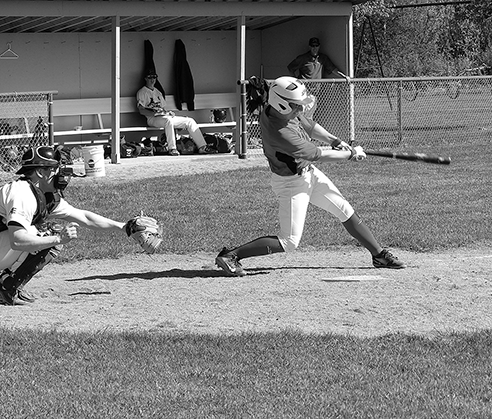