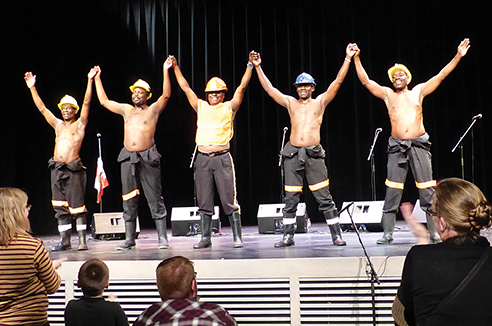 The Zimbabwean song and dance quintet Black Umfolosi gets a standing ovation from the crowd at the Legacy Centre after its famous ‘gumboot dance’ number that closed its March 22 show. One of the bigger crowds turned out to the second-last Stage North concert series show of the season. The final one is the Toronto band Union Duke, playing on April 14. 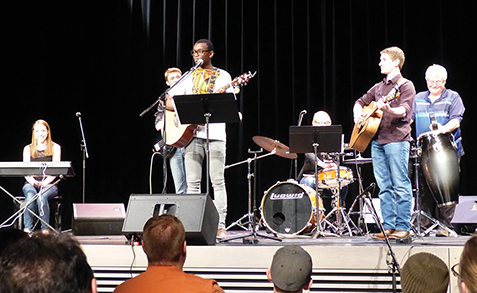 ‘Tinashe and Friends’ was the name of the local musical group that opened for Black Umfolosi on March 22 at the Legacy Centre in Slave Lake. They are students at Roland Michener School, plus Bill Criss on congas.