Home Uncategorized Burning permits required as of Wednesday this week 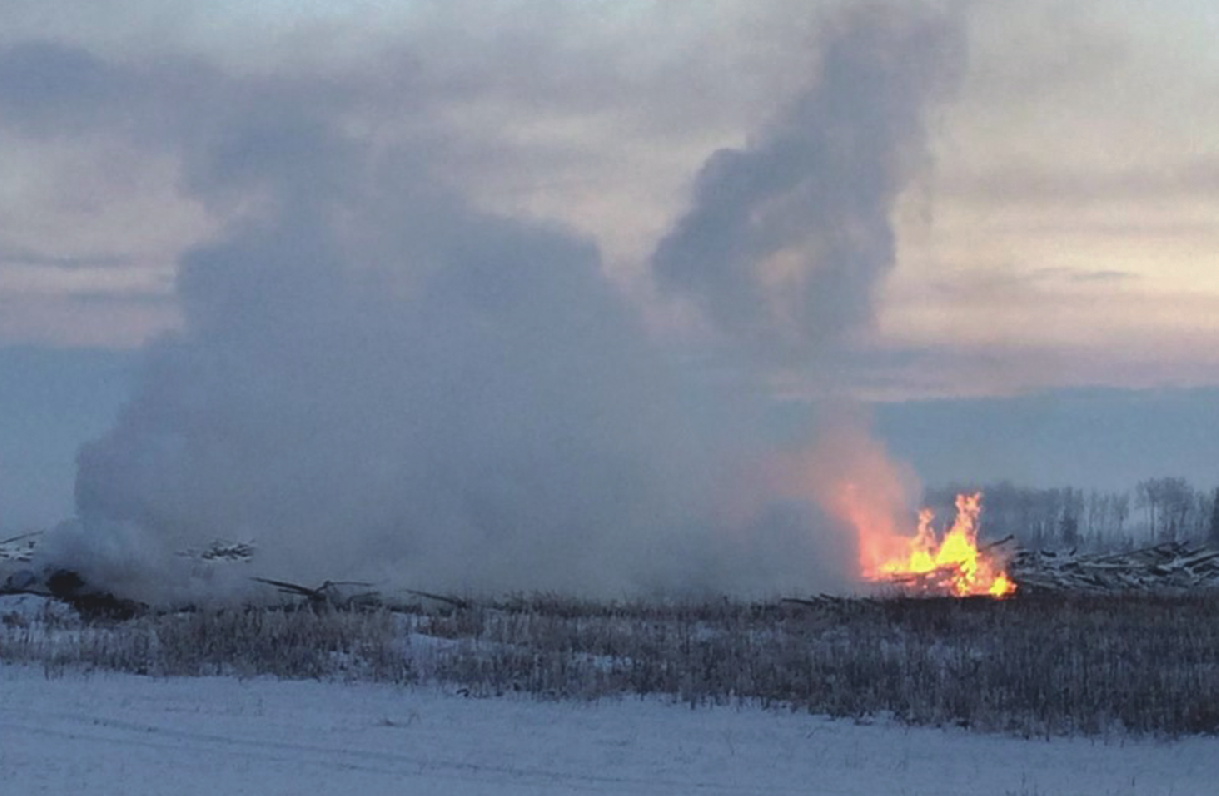 Do this without a permit and you’ll be getting a visit from the forest protection people.

March 1 marks the official start to the Wildfire Season in Alberta. That means burning permits are required.
“Last year in Alberta 60 per cent of wildfires were human caused. Human caused wildfires are 100 per cent preventable,” says Leah Lovequist, Wildfire Information Officer for the Slave Lake Forest Area. “Please do your part to prevent wildfires this season.”
If you have conducted any burning this winter, Lovequist continues, be sure to go back and check your winter burns to make sure they are extinguished. A fire left smouldering can burn under the snow all winter long and emerge as a wildfire in the spring when conditions are dry.
Starting on March 1, fire permits are required for any type of burning in the Forest Protection Area. Campfires do not require a fire permit, but burn barrels and smokehouses do!
Lovequist says all un-permitted brush burning that has been going on is expected to be out by the last day of February. If you want to start that same brushpile burning again on March 1, you’ll need a permit. As of that date, forest protection personnel will be investigating smoke that appears, if it can’t be associated with a permit.
Fire permits are free and can be obtained by calling your local Alberta Agriculture and Forestry office. For Slave Lake/Red Earth/Peerless/Trout, the number is 780-849-7377. For Wabasca it’s 780-891-3860 and for High Prairie area it’s 780-523-6619.

Fire permits help us to track what is burning on the landscape and if you are burning without a fire permit your fire is considered a wildfire,” Lovequist says. “By getting a fire permit you help keep our firefighters free to fight real wildfires instead of responding to the smoke in your backyard.”
To obtain up-to-date information on wildfire conditions in Alberta, download the free Alberta Wildfire App on your smart device. Reports on fires can be submitted the same app. Otherwise, call 310-FIRE to report suspicious smoke.
Since the wildfire disaster of 2011, the onset of fire season has taken on a new meaning for residents of the area. Last year’s incident at Fort McMurray had the same effect. Fires that start in dry, windy conditions – whatever the cause – can be deadly and everybody knows it.
What this spring will be like nobody knows. It all depends on how long the snow lasts and how much spring rain there is, Lovequist says. Part of being prepared is requiring burning permits a month earlier than they used to be.
Lovequist says the first wave of seasonal firefighters in the Slave Lake district will start on March 1, with more being added through the month. In April the lookout towers will be manned.