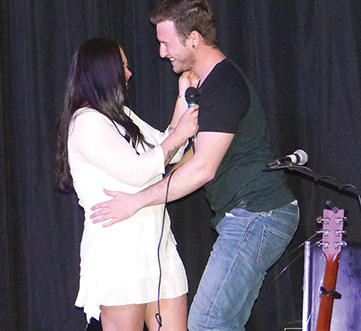 Tanner Mouallem and Kadi Engler, seconds after he proposed to her on stage at the St. Peter’s Ecumenical coffee house on April 28. Mouallem popped the question after the couple had performed four songs, taking pretty much everyone in the room by surprise.
As far as we know, the answer was ‘yes!’
Also performing at the coffee house was the senior high band from Roland Michener School, directed by Ellen Criss. 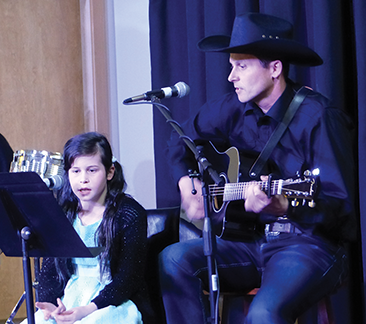 Noelle and Bill Barker, a father-daughter duo, sing some country songs for the crowd at the Slave Lake SPEC Centre on April 28. 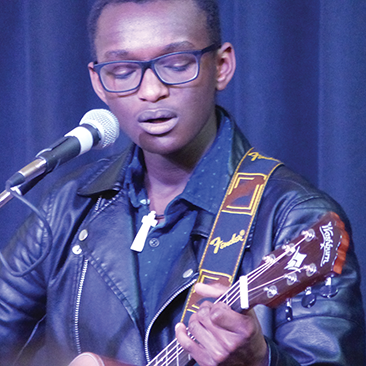 Tinashe Muzah singing a song solo. He also performed in the Roland Michener band and the Roland Tones jazz group.