Representatives of the Slave Lake Curling Club appeared before town council last week with a report on the status of the club and the rink and to request a $19,100 contribution from the town.
“It’s nice to have a number that’s solid we can budget around,” said club president Tyson Nehring.
The number has been solid for several years, although nobody present seemed to know when it started or exactly why.
“That’s been the figure since before my time,” said club past-president Angie Iverson.
Council was advised the club has 114 adult members, which is down (they didn’t say how much) from last year. There are 28 teams in three leagues playing weekday evenings. On the youth side, schools visited 57 times last year, with 1,188 student-visits. The Junior Rocks after-school curling club runs two afternoons per week, with 58 participants this year.
The town’s $19,000, the report said, helps the club maintain a 50 per cent discount on registration fees for league play or events.
On the facility side of things, the picture painted in the report is of a building expensive to operate at the best of times, with looming issues of repair or replacement. Upgrades to the ice plant are estimated at $142,000. Rebuilding two compressors will run $10,000 apiece. Furnaces are old and will need to be replaced.
Iverson assured council that fundraising is a big part of what the club does and is somewhat successful, maintaining a building fund that qualifies the club for matching government grants. Rentals bring in some cash, as do liquor sales at events, fees and a few other items.
Assuming council provides the usual $19,100, a deficit of $4,174 is projected for 2018.
Councillor Julie Brandle thanked Nehring and Iverson for attending.
“I’ve always wondered where this $19,000 went,” she said, adding, “We had a really tough budget this year and we had a lot more community groups coming by.”
“It seems a large sum of money,” observed councillor Shawn Gramlich.
“Just to keep the doors open costs a lot of money,” said Iverson.
Councillor Darin Busk said, “We have to be able to justify this year after year. There are other areas in town that are desperate for money.”
Iverson stressed again that the money from the town is needed to allow the club to continue to give young curlers a 50 per cent break.
“We’re very happy to provide it,” she said. “Youth are the future of our club.”
Wrapping things up, mayor Tyler Warman said council would be making final decision on its budget next month.
“We need to come up with a number we can both justify,” he said. 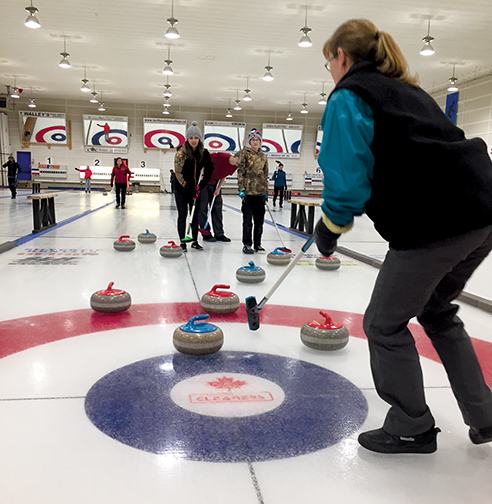