Home Opinion Failure can be an option

Even if you have not tried all the options, throw money at a problem.
In fact, when you haven’t even defined the problem, what the heck, throw money anyway!
And best of all, you get the same ‘good’ comfort feeling even when the money isn’t yours. Especially, when the money isn’t yours.
So, here we have Prime Minister Justin Trudeau, off to the G20 summit in Hamburg, Germany. There, no doubt, he will swap stories about that horrible American Donald Trump pulling out of the Paris Climate Accord.
Many observers say the Climate Accord, if it was completely implemented, would probably only affect perhaps two to three per cent of the problems. Assuming that global warming is 100 per cent man-made and not partly caused by natural events, like sunspots or natural weather changes.
Plus, there is the fact that only industrial nations like Canada and America have to toe the line. Countries like India and China and other Third World nations get a pass. They can keep on building coal fuelled generating stations until they “catch up” with the developed countries.
So, while Alberta is working towards shutting down its coal-fueled stations, China is building between 20-30 new stations this year alone. More are on the drawing boards.
As some observers also say, the real effect will be spending enormous amounts of money in the West converting power sources from cheap to more expensive. Somebody has to pay for that. Guess who?
If global warming is a problem in search of an answer, our federal government’s idea to toss $10 million is an answer to a problem we did not know we had. This, of course, is the generosity shown by Trudeau in his gift, of your money and mine, to convicted killer and terrorist, Omar Khadr.
There is no end of story telling, twisting for justification, excuse making or posturing, and even apologies from Khadr himself. There was torture and a confession. He was 15 years old when it happened. Did he kill an American soldier and blind a second, while arguably in a state of war?
What came afterwards may be the cause for the handout. Our government is accused of letting him lie in Guantanamo Bay and did nothing. We don’t know. We also do not know how this amount came to be decided.
But what the hey, no skin out of Trudeau’s bank account!
Last but not least, North Korea. At some point, the saber rattling will tone down. The hand will be outstretched. The chequebooks will come out. Hopefully. At least in North Korea’s case, we do really know what’s good for us all.
The other situations? Pffft! 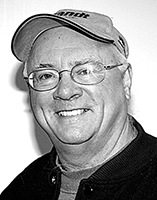