The Boreal Centre for Bird Conservation took part in the 2018 Frost Fest by hosting the Fur Trade Frenzy.
It all took place on Feb. 10 at the Boreal Centre. Forest Educator Brianna Lorentz reports that 92 people came out to take part in the event.

Lorentz said there was a vast range of activities at the Boreal Centre. The event started with lectures. Lesser Slave Lake MLA Danielle Larivee welcomed everyone and gave a brief presentation. After that there was a exhibition on the history of the fur trade, which was given by Lorentz herself.

After the presentations activities began. There was a mock trading post for kids and a photo booth that was connected to the town’s greater Frost Fest plan. The town’s hashtag, #FrostFest2018 was there for people to use.

The Lesser Slave Lake Watershed Council was present. They had their own booth and provided a history of Lesser Slave Lake, focusing on how it has been used. The council also had conservation information available as well as a trivia game.

There were arts and crafts, which included a weaving workshop, where participants would weave a Metis sash.

Outside there were multiple activities. There was the voyageur training course, which was an obstacle course that needed to be completed while wearing snowshoes. Participants had to carry a mock fur bale as well as carry a small canoe.

The songbird trail was the site of a scavenger hunt and there was a campfire. Bannock was served at the fire. FireSmart was behind the fire and the Slave Lake Native Friendship Centre provided the bannock.

The event was rounded off with toffee being served. Maple syrup was boiled and poured out onto the snow and rolled up with Popsicle sticks.

Lorentz says this is the first Fur Trade Frenzy event but this is not the first time the Boreal Centre has been a part of Frost Fest. The centre participated last year under the theme “winter bird wonderland.”

Lorentz reports that the event has met expectations but the snowfall of the day may have affected attendance. She also credits inconsistent weather reports as a deterrence. She reveals that a representative for the Metis Nation of Alberta Region Five could not attend due to weather.

“That (weather) kind of disrupted it a little bit but it was still really great,” she says.

Lorentz says the Boreal Centre will continue to do Frost Fest events but the Fur Trade Frenzy theme may not return. The idea is to take this theme and put it on the back burner for a couple of years. It may be brought back in the future if it fits into the over arching theme of Frost Fest again.

Lorentz adds this allows the centre to come up with new ideas. 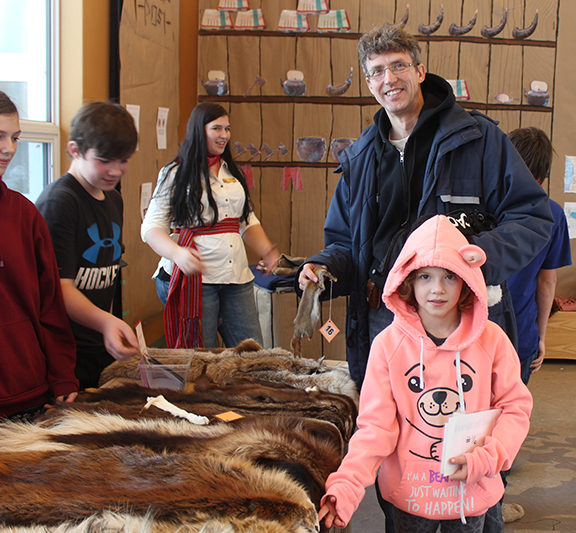 Keith and Lucy Smits participate in one of the Fur Trade Frenzy activities at the Boreal Centre for Bird Conservation. At this booth, participants would take a pelt and try to identify the animal. This took place on Feb. 10 and was part of Frost Fest 2018. 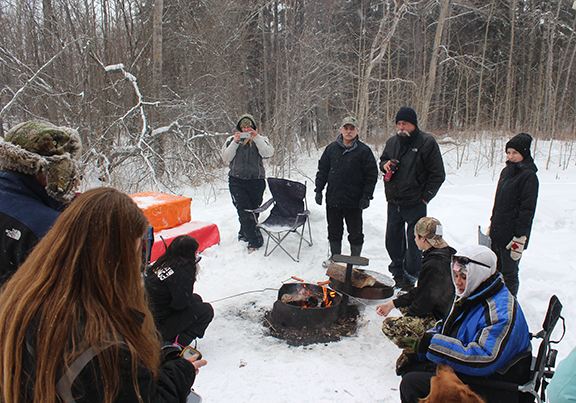 FireSmart and the Slave Lake Native Friendship Centre teamed up to bring a campfire and serve bannock to participants of the Fur Trade Frenzy at the Boreal Centre for Bird Conservation on Feb. 10 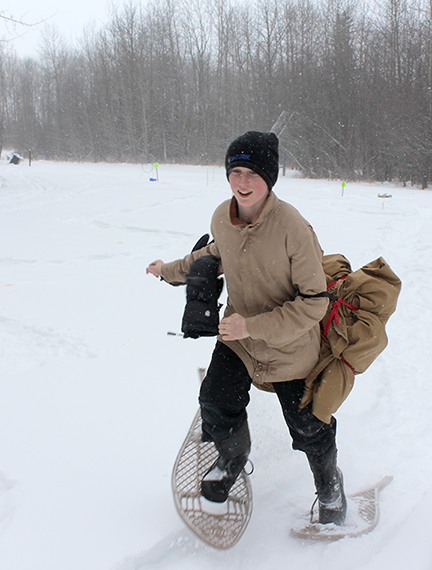 Abel Remple participates in the voyageur training course at the Fur Trade Frenzy. Participants had to complete an obstacle course wearing snowshoes and a fur bale on their back. 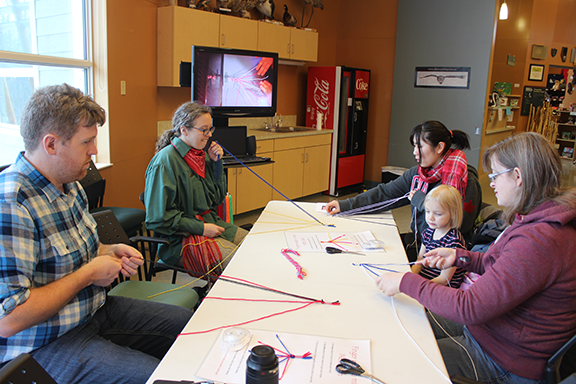