Home Sports Going for it 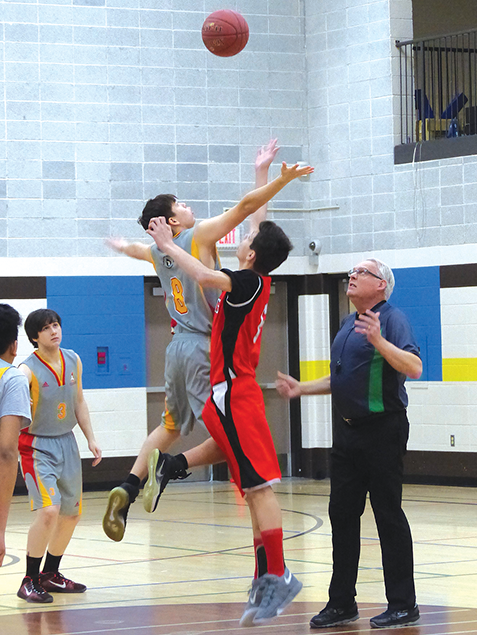 Centre for the St. Francis Falcons Nick Laboucan gets up high on the tip-off against Blaze Sawan of the Kinuso Knights in their playoff game on March 6. The Falcons got ahead early “and kind of held it there,” says head coach Evan Mellsen. The final score was St. Francis 77 – Kinuso 61. “The game was a complete team performance, with everyone scoring and contributing,” he says. The win put the Falcons into the 1A zone tournament in Westlock this past weekend, ranked seventh.