Home Events Happening in the community 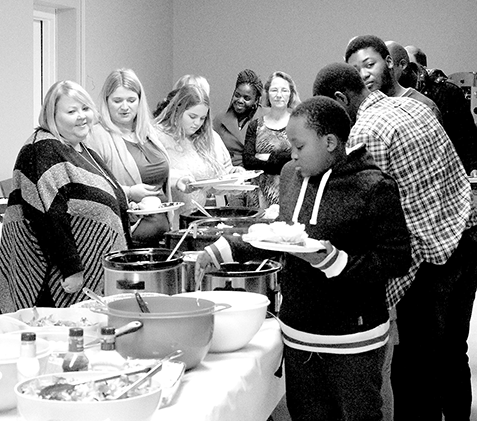 The Abundant Life Worship Centre held their annual Christmas Banquet on Dec. 3 at the church. Those that attended enjoyed a turkey dinner with all the fixings. There was also a program for the evening which included reading The Christmas Story. Readers would read in their first language. Lead Pastor Danny Brown said there were readings in Cree, Spanish and German to name a few. He joked that no one read in English. The English words were put up on the overhead projector.
He said approximately 220 people attended. He based that on the amount that was raised, which was just under $2,000. The money raised goes towards paying for the food and the talent that prepared it.
Brown said their are no big events coming up in the immediate future. He did say there will be a Creation Ministry team coming to town in this spring on April 29.