Last month when The Leader heard about a Smith-area horse owner having a hard time buying hay locally we started asking around. It’s not exactly a stampede to sell hay for higher prices down south, but some of that is definitely going on. It’s has been dry there, and evidently demand is out-stripping supply.

Others may be hanging on to what they have in anticipation of a shortage (or higher prices), where they once might have sold it locally.

Crops in that area have been pretty good this year. But you don’t have to go far south to find drought effects, Esau says. People he knows who farm south of Westlock are reporting poorer-than-usual yields. And the further south it goes, the worse it gets.

Esau says an indication of the price of hay is the alfalfa plant at Legal is paying seven cents a pound. Multiply that times the weight of a bale and see what you get, he says.

Further news on the subject comes from an acquaintance of The Leader from down Edson way. 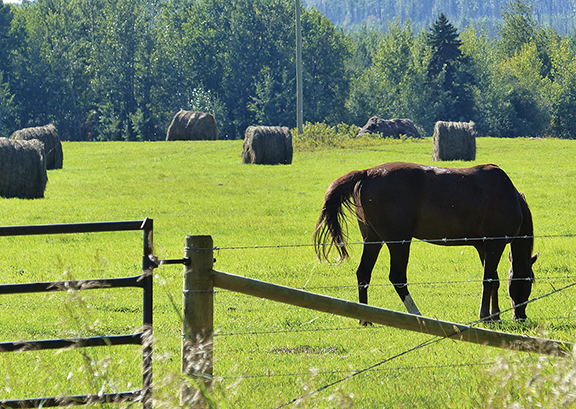