Slave Lake’s Pee Wee 1 Thunder are heading to the Pee Wee ‘B’ Provincial Championships this weekend in LaCrete. They enter the tournament as the Zone 1 champions, having defeated the host LaCrete Lumberjacks in a recent playoff.

In league play, the Thunder had a decent season, finishing in the middle of the pack in the Tier I division of the Northern Alberta Interlock League, with nine wins, nine losses and four ties. They lost out in a two-game, total goal playoff series to Fort Saskatchewan, and dropped into a ‘B’ pool final against Edson.

One thing that’s notable about the team heading into provincials is its leanness on the bench. It carries only one goalie and 10 skaters, which doesn’t leave a lot of room for error, not to mention injury. But, says assistant coach Bumpy Churchill, the team is healthy going in and they will be taking an affiliated goalie to provincials (Salah Baalbaki). 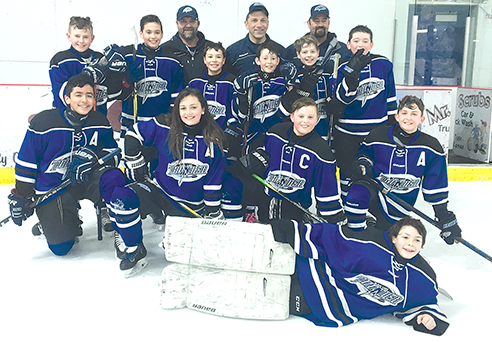 The Pee Wee I Thunder