Probably the most popular event of the year at the Boreal Centre for Bird Conservation is the ‘Boo-real’ Halloween, which this year was held on Saturday the 27th. BCBC Executive Director Patti Campsall tells us about 140 people showed up – parents and kids – to take part.

“The theme was learning about the world of decomposers,” she says. “They got to make slime, do experiments; there was a worm farm.”

A popular feature was the ‘necropsy’ room, which wasn’t nearly as sinister as it sounds. Kids were blindfolded and had to feel their way through, examining by touch various fake parts of a body. The challenge was to guess what sort of an animal it was.

“By the time they got to the spaghetti intestines,” Campsall says, “they either guessed it or bailed.”

Grapes served as eyeballs, as another example. Imagination took care of the details.

Other than that there were scavenger hunts, crafts and bowling with pumpkins.

In other Boreal Centre news, the facility is due for a shut-down of two or three months this winter for a display revamp. When it re-opens (probably in February) it will have a totally different look. It will be “more hands-on,” Campsall says, and include (among other things) “a big bird gallery wall.”

The shut-down may (or may not) get in the way of the Christmas in the Park event, which has been a fixture in the provincial park since 1991 and at the BCBC every year since it opened. Stay tuned on that… 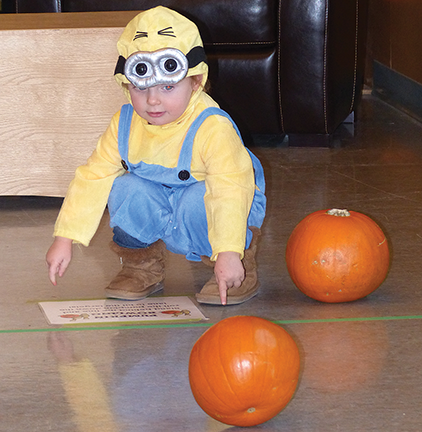 Olivia Giesbrecht tries her hand at pumpkin bowling at the Boreal Centre’s Halloween event on Oct. 27. 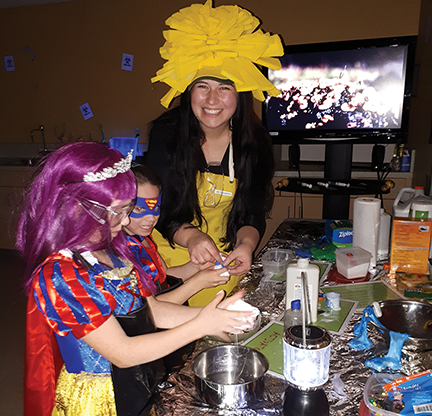 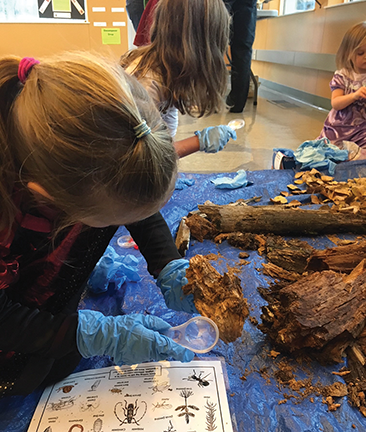 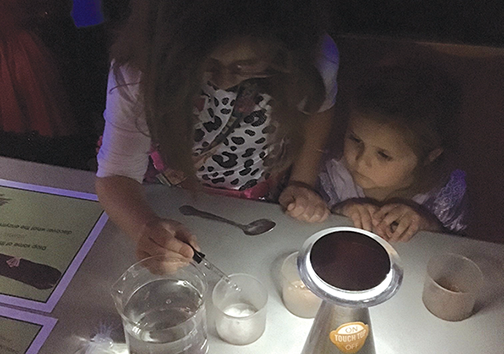