During the month of November, a series of ‘community discussions’ will be held at St. Peter’s Ecumenical Church in Slave Lake. It started as an idea by Pastor Blessing Shambare as a single conversation on the law, but has since grown.

Now there’ll be four sessions on four successive Wednesdays, each with people knowledgeable in a subject.

“Initially the idea was to use Phil and Larry (Lokken and Schimpf, to talk about legal matters), but it shifted,” Shambare says. “Why not incorporate other areas of interest in the community?”

Thus the idea of ‘Padare’ was born. That’s a Zimbabwean term referring to traditional community gatherings to discuss issues of importance.

Shambare sees the program having two main purposes – one is the sharing of useful information and the other is to enhance the sense of community, something he refers to as “social cohesion.”

Kicking things off, on Wednesday, Nov. 7, will be a conversation about the legalization of cannabis “and related questions.” Lokken, a pharmacist and an RCMP officer will provide expertise on the subject.

On Nov. 14 the topic turns to financial management, with a bank manager and a couple of accountants presenting information and answering questions.

On the 21st of the month the topic is real estate management and planning, with folks from RE/MAX, RBC and lawyer Schimpf booked to provide the professional perspective.

The final ‘Padare’ session of the month is on “women’s affairs and issues,” Shambare says. MLA and Minister responsible for the Status of Women Danielle Larivee will be there, as well a representative of the Northern Haven women’s shelter and a ‘wellness educationalist.’

Shambare says there’s no need to register. The discussions commence at 6:30 p.m. and are expected to go for about an hour-and-a-half. There is no fee, but there’s an opportunity to make a donation at the door to a local charity. 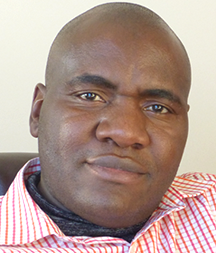