(Following are notes on recent performances and achievements by Dance Creations students, courtesy of Jennifer Hansen. They were meant to accompany photos, but we did not have space for most of them.)

The lyrical group ‘Stone’ performed in St Albert on April 26th and earned a gold medal and top mark of the category for a Most Outstanding award. Nyah Der was also chosen for a special onstage award for her performance quality. The group was chosen to perform at the day’s showcase where the group won 1st place for the day.”

Kyani Spilak was one of three soloists chosen to perform at showcase on April 29th. Although she didn’t win the first-place trophy, she was very honoured to be recognized, and still danced away with a gold medal and Most Outstanding award for highest mark with her performance earlier in the day. 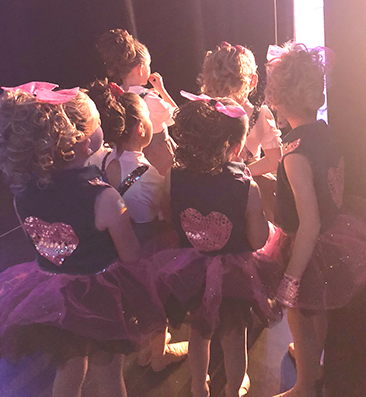 Six-year-old jazz dancers from Dance Creations waiting their turn to perform at a festival in St Albert. The two groups proceeded to earn gold medals. ‘Footloose’ also was awarded a Most Promising award, and ‘ABC’ was awarded a Choreography award. 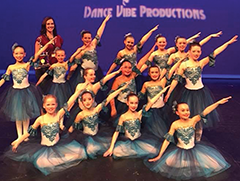 The ballet group ‘Glitter in the Air’ performed April 27th in St Albert and earned a gold medal and top mark of the category for a Most Outstanding award. Mariel Bias was chosen for a special onstage award for her love of dance. The group was one of six groups chosen from the entire day to perform at the day’s showcase where the group won best Choreography for the day.