Home Uncategorized Local program: Accidental kid poisoning and how to prevent it

Keeping children safe has always been a mother’s goal. That is why Cristabel Encinas-Rodriguez decided to run a poison prevention campaign in Slave Lake.
“I think we all know someone who had an unintentional poisoning incident with their child,” says Rodriguez. “It is one of the scariest things to experience as a parent or caregiver; kids are fast to act, and we are so busy at times that this can happen in a matter of seconds.”
Encinas-Rodrigues is the program coordinator for Healthy Choices for Moms and Babes. It’s a program funded by the Public Health Agency of Canada that provides support to improve the health and well-being of pregnant women, new mothers and babies facing challenging life circumstances.
Rodriguez says part of her job is injury prevention, so she ran a poison prevention campaign.
“I decided to bring them [the resources] to my clients and families in town,” she says.
The resources for the program were provided by the Injury Prevention Centre with the University of Alberta School of Public Health and PADIS (Poison and Drug Information Service ). She says they had come up with resources and toolkits for the public on their website.
Rodriguez says statistics show that 48 per cent of calls made to PADIS in 2017 involved children under the age of 10 . Seven out of 10 poisonings involving children under 10 that were treated in emergency involved medications. She says it is clear that this is something people need to be aware of.
Rodriguez says there is an immense need for educating families to bring those numbers down and prevent more accidental poisoning incidents.
During the injury prevention week, she talked to the families in her program about three key messages. One is to lock all medications up tight and out of sight. She says children can open “child resistant” containers.
The second key message is to take your medications where children can’t see you. Sometimes children copy the actions of adults in their lives. Finally, keep visitors’ bags and coats out of reach, as some people carry their medications with them.
Rodriguez says she was able to spend time with families during some of the programs that the Parent Link Centre offers and open up the discussion on child injury and poisoning.
If people can educate themselves with these simple steps it would ensure that their families are safe. Rodriguez says it would mean that people are prepared and taking the necessary action to protect their children.
Rodriguez hopes to bring the poison prevention program back again next year, “hopefully on a much bigger scale.”
For more information Call 780-516-9847. 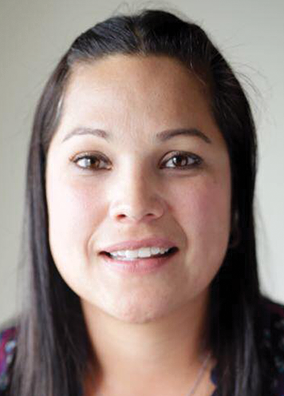