Representatives from the Town of Slave Lake, the M.D. of Lesser Slave River and Alberta Parks met to discuss the future of Devonshire Beach.
The meeting took place on Jan. 10 at the town office. Calvin McLeod, the regional director of Alberta Parks northern region, made a presentation and answered questions. He said any activity is a balance between recreation and conservation.
“It’s a constant balance,” he said during the meeting.
Beach cleanup is a concern. This is where balance plays into it. There are conservation issues that need to be taken into account. McLeod pointed out there is a rare species of the willow tree in the park, a sand dune complex as well as bird and fish habitat that all have to be preserved.
Plans call for grooming every two years. This covers two 400-metre sections. The water levels of Lesser Slave Lake play into what crews can do. McLeod explained that grooming meant cleaning.
McLeod said a lot of household waste is found on the beach. He feels it would be difficult to do more cleanup without additional resources.
“We do what we can,” he said.
M.D. councillor Brian Rosche asked what the fines for littering were. McLeod said fines range from $150-$300. He was not able to say how many fines were handed out but stated there are officers there daily and suspects not many fines were issued.
Rosche found the disregard shown by some disgusting. McLeod explained that if the authorities started ticketing for littering they would also have to start ticketing for several other things. He mentioned specifically people who bring their pets to parts of the beach that do not allow pets. The idea is to encourage people to change their behaviour rather than just issue tickets.
Rosche said irresponsible dog owners should be ticketed.
Town councillor Darin Busk asked if Alberta Parks would object to the town or M.D. taking on some of the beach grooming so it could be done more frequently. He added that people want to have a better beach that is known for more than ants and driftwood. McLeod said a letter of authority could be issued which would allow the municipalities to enter the park for that purpose.
M.D. councillor Brad Pearson said that burning the driftwood could help with ants and birds. McLeod said this is an idea that has been pitched to staff. There could be a burn day and community cleanup organized.
“We can make that happen,” McLeod said.
Busk said it is time for community pride and for residents to participate instead of complaining on social media. McLeod was open to speaking with the town to organize a community cleanup.
Rosche asked how the cleanups go in other “flagship” parks. McLeod said he does not know and it would not be a fair comparison anyway since the other flagship parks do not have beaches or big lakes. The Lesser Slave Lake Provincial Park is the only flagship park in northern Alberta.
Slave Lake mayor Tyler Warman said he has heard frustration from tourists. Some said Devonshire Beach is hard to find. He mentioned there should be better signage in the area. McLeod agreed and said that works the other way around as some go to the beach but don’t know about restaurants in the area.
“A lot of things come down to promotion,” Warman said.
The mayor explained that signs should both offer directions and offer information about the areas, such as detailing the grooming status of the beach and why. If there is rare vegetation in the area that should be explained on the sign.
Warman suggested that there needs to be more communication between Alberta Parks and the two municipalities. If there needs to be more funding, both could help out. He mentioned the town could post pictures of the work being done all over their communications platforms. This would help get word out that something is happening. He also wants to make sure all parties are conveying the same message.
“The best communication is the same communication,” Warman said.
M.D. reeve Murray Kerik asked if the municipalities found more funding, would Alberta Parks be okay with a third party coming in.
McLeod said that would be fine but Alberta Parks have other priorities. One is Fawcett Lake Provincial Park. The operator is considering retiring; thus a plan is needed. 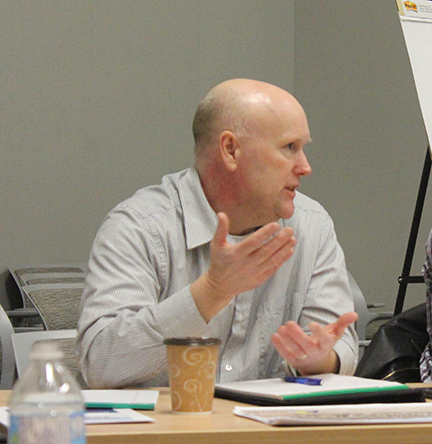