Home News Officer back for a second tour of duty

There’s a new RCMP Sgt. on duty these days at the Slave Lake detachment. New as a sergeant, but not new to town.

Monday, Nov. 15 was his first day on the job as the ‘Operations NCO’ at the detachment, under Staff Sgt. Don Racette.

When he served in Slave Lake earlier, one of Bruyns’ COs was Chris Murphy. As it happens, he (Bruyns) just came from a 3½-year stint under Murphy in Hinton.

Between leaving Slave Lake in 2016 and arriving in Hinton, Bruyns served for a couple of years in the community of Cape Dorset (since renamed ‘Kinngait’), Nunavut.

Also, contrary to what you might think, the weather isn’t that much different there than it is in northern Alberta, Bruyns says. “Just an extra couple of months of winter on either end.”

Kinngait (called that since early 2020) is a centre for Inuit carving and print-making.

Slave Lake was Bruyns’ first posting as an RCMP officer, and he seems pleased to be back. His wife Terri-Ann probably is too, since she’s from Slave Lake! She has found work as a nurse practitioner at the local hospital. 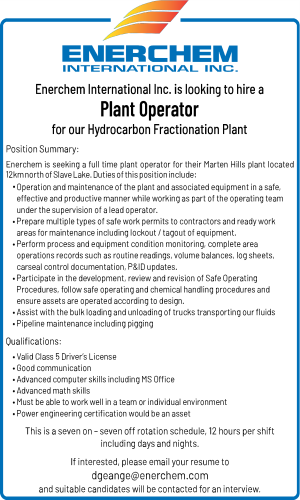