Home News, Uncategorized Out of the blue: photos from Fawcett Lake, 1945 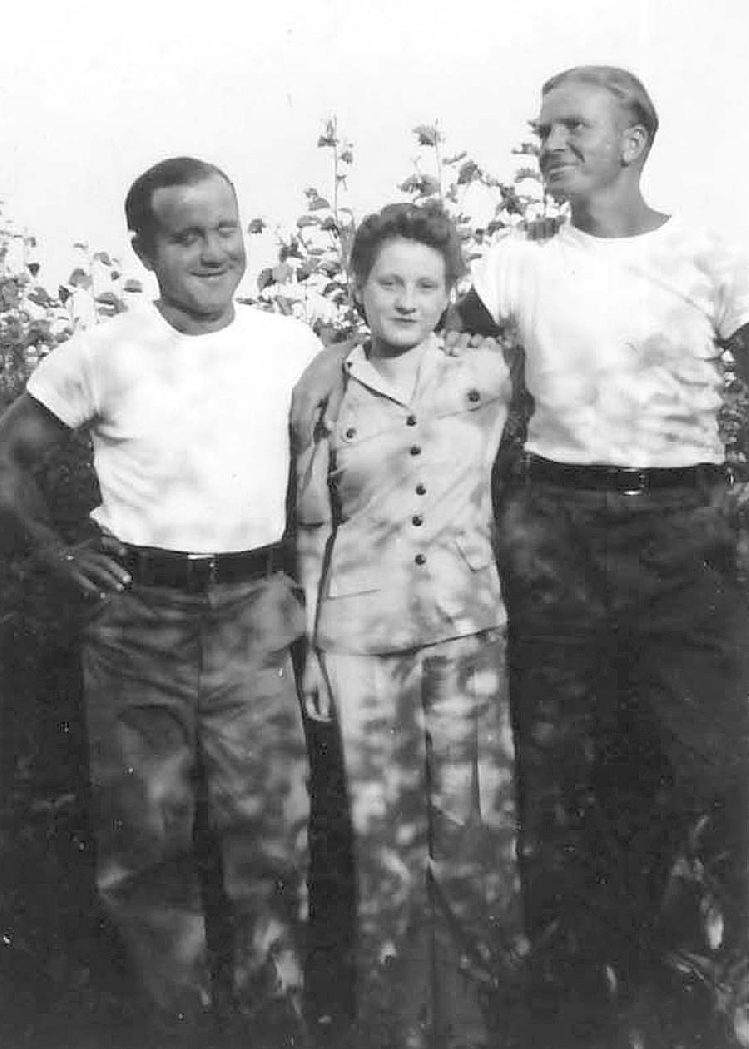 Several years ago, The Leader ran an article or two about a Second World War prisoner of war camp at Fawcett Lake. Members of two German U-boat crews had volunteered to work in the logging camp and spent something like 2½ years there. By all accounts, they enjoyed the experience, or at least found it preferable to being cooped up behind barbed wire at the huge POW camp in Lethbridge, with its seething politics, overcrowding and boredom.
The reason so much work was available was of course because so many young men were overseas fighting the Germans and Japanese. The members of U-39 and U-27 (the first and second German submarines to be sunk in the Second World War) thrived in the bush. The work was hard, the days long and while they weren’t exactly free, there were plenty of distractions. Sailing on the lake in the summer in boats they built themselves, for example. Skating on the lake in the winter. Making friends with the civilians in the area, of which there were a few.
There were even a few romances, although these were officially frowned upon. These fellows were the enemy, after all. But they were also young, good-looking, friendly, capable, energetic and available – “splendid fellows,” in the words of Swanson Lumber official Gunnar Wahlstrom.
Bill Roe, who was a kid of eight or nine at the time, remembered the POWs well, in an interview with The Leader several years ago.
“They were all nice guys,” he said. “They used to come up and visit mother and dad. “They gave us kids stuff – real chocolate.”
Roe remembered the German guys building boats and then using them to “sneak down” to the east end of the lake (where there was a small, probably seasonal community of hunting and trapping families), “and try to get back before the guards caught them. Of course the guards used to sneak down there too.”
Several of the POWs liked their time in northern Alberta so much they came back after repatriation. One such was Art Scheffler, who had been a cook at the Chisholm planer mill camp. He owned a restaurant at Fawcett and there are locals who still remember him. Another was Horst Seifert, who became a schoolteacher, settling in Edmonton. A story he wrote about his Fawcett Lake POW experience is in the Smith history book, Echoes Along the Athabasca River.
Just recently, The Leader received a packet of photographs from the mill site at West Fawcett from Sheila Shwaykoski of New Westminster, B.C. That name did not ring any bells, but we must have touched base with her a decade or so ago when we were researching the POW camp. She had visited the camp in the summer of 1945, she wrote, with her friend Fran, who was the daughter of ‘Mr. Ferris’ a manager with Swanson Lumber. She did not say much about the circumstances, but the photos tell a story. They show young people evidently enjoying themselves. 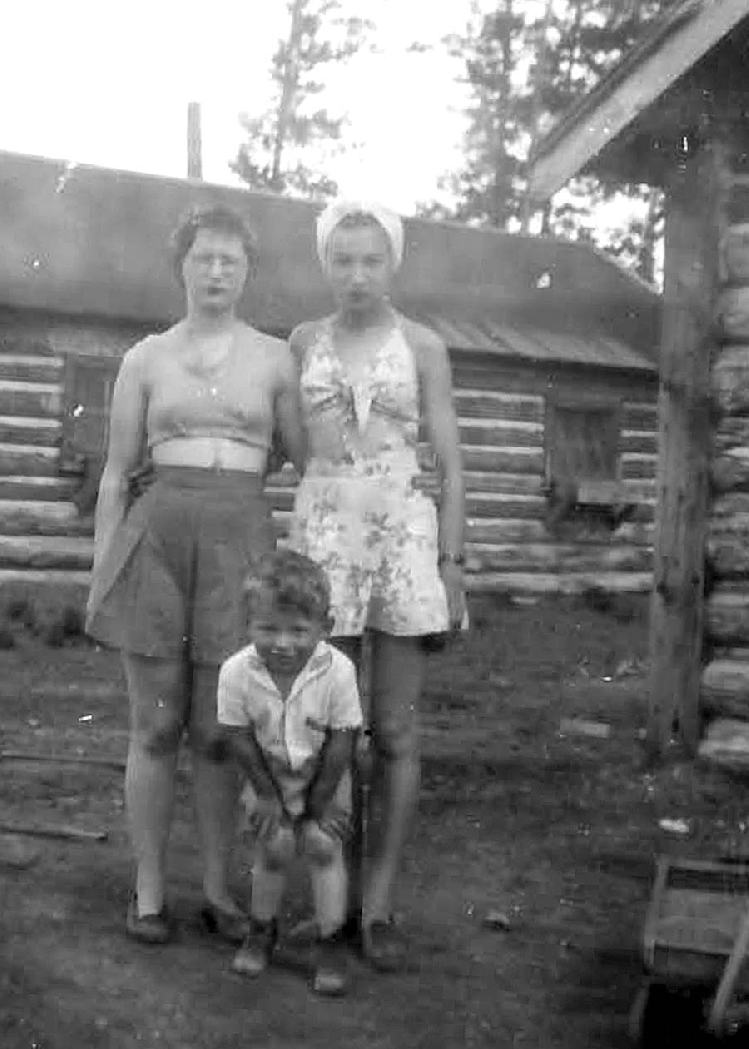 Unusual summer vacation: Fourteen-year-old Edmontonians Sheila Shwaykoski, Fran Ferris and ‘Bobby’ at the Swanson Lumber sawmill camp in 1945.
Several of the photos show a young boy named ‘Bobby Langingham,’ who turned out to be Bob Langenhahn of High Prairie. He was only three years old at the time and doesn’t remember it. He does remember a model airplane one of the German prisoners made him. It was about 30 inches long, perhaps 24 inches across the wings and painted blue.
“I don’t know what happened to it,” he says.
Bob’s dad Ewald was the head sawyer at the mill and appears in one of the photos, as does Alfred Oats, Mr. Ferris, a young ‘Norman Olsen’ and others.
Shwaykoski and her friend – just 14 at the time – spent a couple of weeks at the camp, in a cabin Mr. Ferris made available to them. She remembers in particular two German guys nicknamed ‘Acre’ and ‘Bushy.’ Acre brought the boat over from the floating camp for supplies, and Bushy translated for him. They told the girls they had been part of ‘Hitler’s Orchestra,’ before the war and showed them photos of it.
“I feel I was very lucky to have had an opportunity to see something most people don’t even know existed,” writes Shwaykoski.