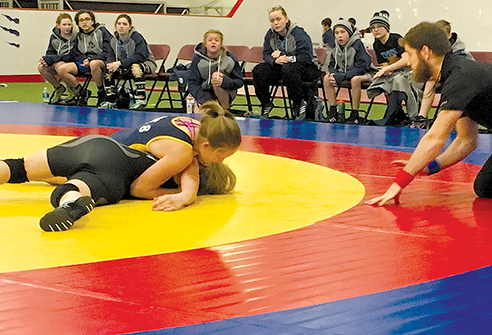 Courtney Reason, representing Zone 8 at the Alberta Winter Games in Fort McMurray, pins her opponent, putting her into the medal round. Reason finished in fourth place in her weight class.