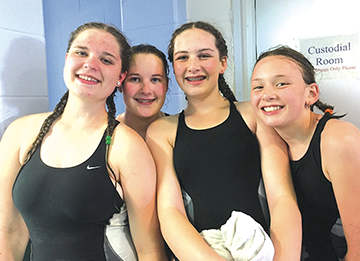 (l. to r.) Jillian Williams, Kristina Williams, Taylor Friesen and Ellie Friesen are all smiles after competing in the Girls 17 and under relay in High Level earlier in June.