Somebody has been running around the Wabasca area, breaking into places and stealing things, or trying to. The incidents may or may not be related.
Last week two releases on such activity were sent out by Desmarais RCMP. One was at the Eagle Point Golf Club, where somebody rammed a pickup truck into the clubhouse, ripped out the ATM and left with it. Police are asking for help in identifying the culprits. Security camera images show a blue 1998 Chev C1500 pickup truck (probably stolen), which was later found burnt in the area.
That news came on Oct. 18. A day earlier, Desmarais RCMP put out a plea for help in solving a couple of warehouse B&Es in Sandy Lake back in September. One was on Sept. 12 and the other on Sept. 19 – suggesting the culprits had time on their hands on Tuesday nights. In the first case, RCMP did not say if anything was stolen. In the second case, the B&E was only “attempted.”
Please call Desmarais RCMP if you have any information, at 780-891-3768. 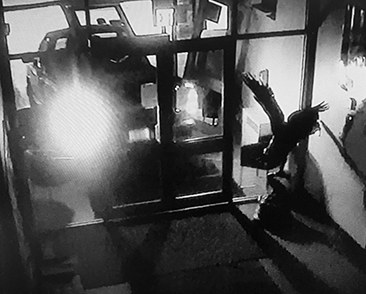