Surveys may be taken for what they are worth, but a recent one by the Town of Slave Lake shows many people would like a cleaner Devonshire Beach.
Per a councillor Brice Ferguson request, Town staff set up a public survey on Devonshire Beach. It contained a number of questions – but the gist was whether people would like more ‘grooming’ of the beach or not. Town communications co-ordinator Christopher Brown had the results for council at its Aug. 22 meeting.
Brown said 472 surveys (almost all of them online) had been completed (not necessarily the same thing as 472 people). Over 80 per cent of respondents said they would visit the beach more often if it were better maintained. Roughly the same percentage said ‘yes’ to the question, ‘Do you believe there should be more groomed beach?’
Responses to questions about willingness to pay more taxes for more beach clean-up were somewhat contradictory. On the other hand, a strong majority said they would be willing to participate in a beach clean-up event.
Ferguson seemed pleased by the results.
“It’s exactly what we were hoping to gain,” he said. “People want to see the beach groomed. Better grooming equals more usage.”
Councillor Mark Missal cautioned that ‘cleaning up’ and ‘grooming’ are “very different things.” Any prescription should begin with an environmental impact study, he said.
Saying “there are no surprises here,” mayor Tyler Warman suggested copies of the survey be sent to Alberta Parks and to the M.D. of Lesser Slave River, to see if there’s any interest in a joint approach to achieving what a majority of the people apparently want.
“I think there are small improvements that can be made without a great financial impact,” he said. 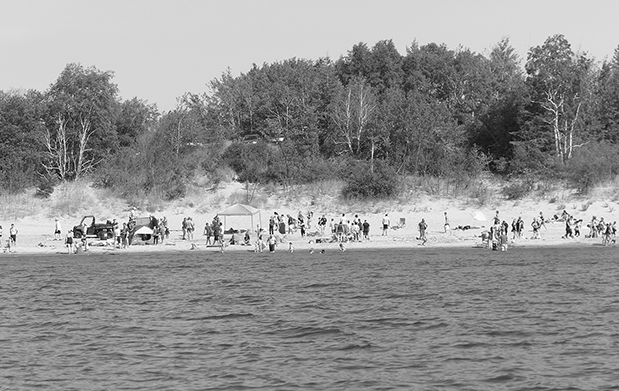