Folks at the Legion in Slave Lake were recently discussing how old the building is. They knew that one section was older than the other, but not when either one was actually built. We don’t have the answers either, but we did find a front-page article and photo from the Northland Free Press in November of 1975 about sod-turning for a 4,000 square foot addition to the Legion. Those present included contractor Jerry Barton, town councillor Valerie Meredith and Legion President Ken Gatzke. The addition was to house a ‘licensed-lounge type Club Room,’ the article said, plus a new ‘front area’ for the existing part. The $100,000 project was two years in the planning and was being called a ‘Golden Anniversary Project.’ That suggests the Legion Branch #110 was founded in 1925.
* * * * *
When you think about it, Slave Lake has a lot of dust. It doesn’t seem that in this climate, with all the greenery and water around, there should be so much dust, but it sure does accumulate. Computers suck it in and get choked with it; it gathers thickly in corners and under things. It makes life difficult for people with respiratory problems. Where is all that dust coming from? And is there anything we can do about it? That sounds like a job for the investigative team at your local community newspaper. At the moment that consists of one person, so don’t hold your breath.
* * * * *
By the way, if anyone has a room for rent or knows of one that’s available, please let us know. The Leader has hired somebody from out of town who needs relatively inexpensive lodgings. Give us a dingle at 780-849-4380.
* * * * *
Your Page 9 scribbler almost got run down while crossing Main St. on foot last Monday, by a vehicle turning left off 3rd Ave. NE. That’s the second time that has happened in recent months, and it’s not as if the sun was in the driver’s eyes. This was not long after an item appeared in the Edmonton Journal about eight people getting struck in crosswalks a two-day period in Edmonton. It’s not good at all and it’s probably only a matter of time before some unlucky person gets run over in Slave Lake.
* * * * *
What were those five people (four women and one man) doing stark naked in a vehicle that crashed in Nisku last week? They were all arrested, according to news reports, which quickly flashed around the world. Police weren’t willing to speculate on the reason for the state of undress of the occupants of the vehicle, but did go out on a limb to suggest ‘alcohol and drugs may have been a factor.’ Frostbite could have been a factor too, but apparently the authorities arrived on the scene quickly enough to avert too much exposure.
* * * * *
Meanwhile, in Slave Lake, nothing nearly as interesting as that happened last week. The crowd at the A&W was making lots of jokes about people showing up naked for their daily cribbage, but nothing came of it. There was a fair amount of reminiscing about the good old days of streaking too, back in the mid-1970s. Those were the days.
* * * * *
We’ve got a memory stick at the office that has dozens of family photos on it. Somebody found it quite some time ago – he thinks it might have been at the take-it-or-leave-it building at the landfill. Here are two of the photos; if they’re yours, let us know! 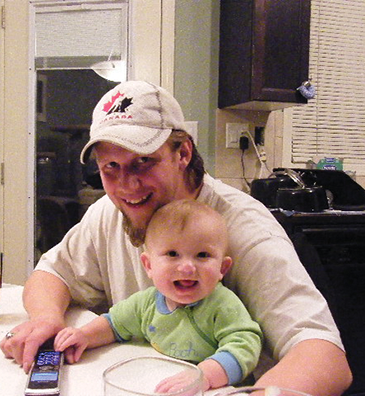 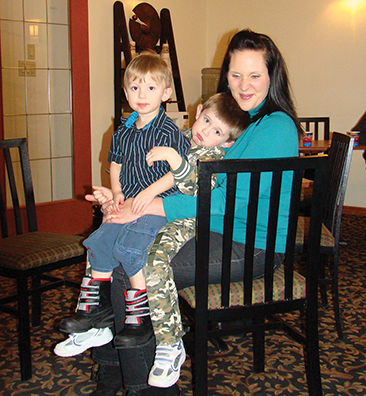