Toastmasters club is coming back to Slave Lake this month.
Community Engagement Coordinator with Community Futures Robin-Lee Vance says the town has not had a Toastmasters club for a long time.
Vance says the community had tried to launch the club back in October and November, but it was difficult as no one involved had any Toastmasters experience or skills. She adds it also was coming together during the start of the holiday season which made it hard to keep attendance up.
Vance says the club had to take a different approach. She says the club had mentors come out from the Athabasca and Westlock club to help them out.
Community Futures had wanted to bring the Toastmasters to Slave Lake for a long time explains Vance. She says they decided to become the corporate sponsor for the club and help out on the administrative side of things so the club could start quicker, positions such as president, vice president, secretary, and treasurer could all come later on.
Vance says the club will be meeting Tuesdays during lunch for one hour. She says the club will be called the Lakeside Speak Easy Club.
The club has five core members and 15 other people who have expressed an interest including a member of Boom F.M.
The club is expecting to launch April 17, but the date could end up getting postponed to May 1. The meetings are going to be held at the Northern Lakes College, and the College Education Committee will be sponsoring room rentals. Vance says the idea behind Toastmasters is to improve public speaking skills, but in May Toastmasters will be launching a new curriculum. The curriculum will be adding a cluster of media skills, including webinars, blogging and job interviews.
“Personally, I want to improve my public speaking,” says Vance.
Vance says what is great with Toastmasters is people can progress at their own pace, on their own schedule. She says it is going to be weekly so could move quickly and be a learning curve.
First-time member fee is $45 and after that, a semi-annual payment of $75 will be required for resources and overall organization.
To get involved people can call the Community Futures main line at 780-849-3232. 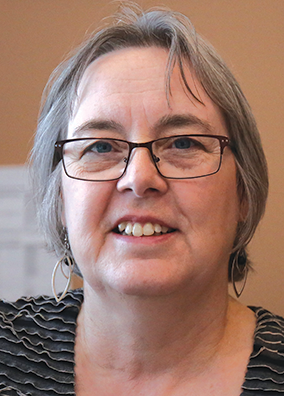