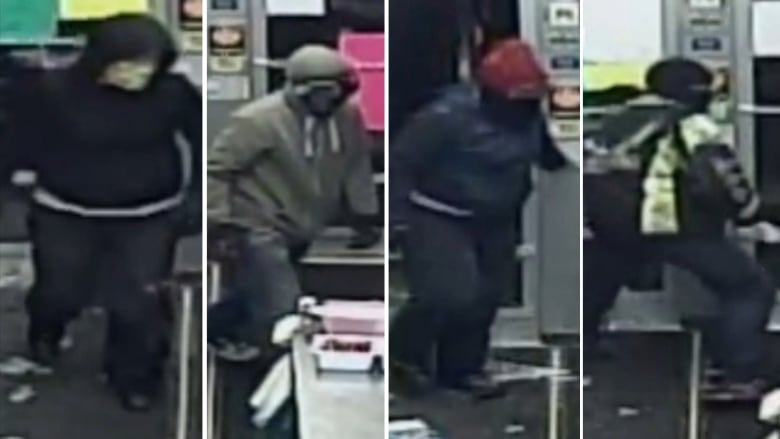 RCMP have arrested two people in connection with a break-in and firearms theft in Kinuso.

The theft happened at 5:00 AM Tuesday, November 6th. Four people driving a late-model Ford pickup were captured on security cameras. The four, identified as two males and two females, were all wearing masks and gloves.

After smashing glass doors at the Home Hardware Kinuso Mercantile, the thieves made off with 40 firearms, described by police as “various shotguns and rifles,” and some electronics and clothing.

RCMP, acting under what they termed “gathered intelligence,” went to a farmhouse outside of Barrhead, Alberta. They were looking for a woman wanted on outstanding warrants. At the farmhouse, they saw a stolen truck. The truck is believed to be connected to the robbery in Kinuso.

At the Barrhead scene, police found six long guns and ammunition in the truck. A man who answered the door said that two suspects in the robbery were inside the house. The Emergency Response Team was notified. When they arrived at the farmhouse, the suspects surrendered without incident.

The house was searched, resulting in more firearms and electronics being discovered. Also found were credit cards and more stolen property.

At present, a man and a woman are in police custody. Two other suspects from the Kinuso robbery remain at large. Exactly when the arrests were made is not known. However, the announcement was made about noon on Friday.