Pat Rehn started out his work life as a schoolteacher, moved into the sawmill business and now owns a crane services company, doing oilpatch and logging work in Alberta and beyond. He grew up in Wildwood, west of Edmonton, owns land in the High Prairie area and, since this past June, is a Slave Lake resident.

Rehn (pronounced ‘rain’), is one of seven people vying for the United Conservative Party nomination in Lesser Slave Lake. He’s got his work cut out for him, but has been campaigning with notable energy, and last week met with the The Leader at a local coffee shop to talk about his candidacy.

“I always respect people who serve,” Rehn says. “I feel I’ve been blessed with all the success (in business). At the same time you have to ask if it’s time to give back.”

Clearly, the answer to that question, for Rehn, is ‘yes.’

His reasons are familiar ones and probably don’t differ much from other UCP supporters. The economy is lagging and something should be done to bring it back.

“We need people with some fiscal management (experience),” Rehn says. “To step forward in a time of need.”

And why the UCP? Rehn says it’s the party that can do “the right things” economically, and “still be environmentally responsible.” He says he’s been a conservative since he was first able to vote, and supported the unification of Alberta’s two right-wing parties.

Rehn grew up in a rural setting west of Edmonton. His dad was a logger and sawmiller and farmer. Pat went to the University of Alberta for a teaching degree with an emphasis on business and physical education. He taught in Catholic schools in Calgary and Red Deer for a couple of years. Then he changed course and ran a sawmill and planer mill. He followed that up by becoming the owner of a sawmill in the Edson area, and in 1998 purchased a mill in Wabasca. Selling out to Al-Pac a year later, Rehn next had a sawmill in Grande Cache. He says around 2001 he started buying land in the High Prairie area, both timber and farmland.

“I have timber quotas,” he says.

In 2008 he started a crane business, with one unit. It has grown quite a bit since then (see aaaprecisionindustries.com).

On the personal side, Rehn is not married, but has children, one of whom is working in the family business. He’s 52 years old and says if he’s successful – first in gaining the UCP nomination and then becoming an MLA – he’s ready to go into it full-time and turn the management of his business over to someone else.

And how’s it going so far?

“Excellent!” he says. “I’m getting out to meet grassroots people – trying to talk to them directly. Hearing their suggestions and concerns.”

“There are a number of issues. The ag folks are very concerned about Bill 6. Small business is concerned about increased prices. The carbon tax is hurting a lot of businesses, and of course pipelines are a big issued – to get fair market prices and also help with expansion.”

UCP members in the Lesser Slave Lake area go to the polls on Nov. 24 to choose their candidate. Look for profiles of other contenders for that position in upcoming issues of The Leader. 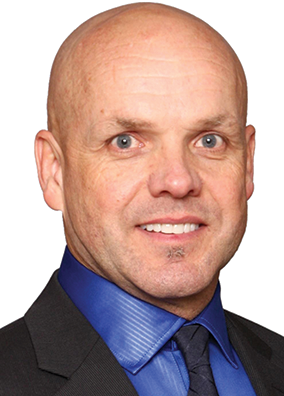