The Slave Lake Ukrainian Cultural Society’s Malanka celebration proved to be a success.
Karen Babiy, of the Ukrainian Cultural Society, says that up to 200 people attended the event. She bases this count on the ticket sales.
The Malanka also served as a fundraiser for the society. As for how much was raised during the evening, Babiy only had a count for the silent auction which generated roughly $3,000. She estimated that the total tally from everything that night not counting tickets is $4,500.
This is one of the society’s biggest events of the year and plays into traditional Ukrainian holidays.
“It is Ukrainian New Year,” she said.
The event saw several traditional Ukrainian dance routines performed by the society’s dancers. The junior group took the stage to perform both the polissian and hopak routines, Gleys Block and Karlee Roy performed a transcarpathian duet, the adult group performed a shawl dance, the 4-8-year-old group did the hutsul and the advanced group did the deviatka.
Babiy says a highlight of the night was the food as well as the dancing. The food served was all traditional Ukrainian cuisine like perogies, cabbage rolls, cheese crepes, Ukrainian sausage, turkey, potatoes, corn and salad.
The society is looking to recruit new members. Babiy says that you do not have to be Ukrainian to join or be one of the dancers. Membership is open to everyone.
“You don’t need to be Ukrainian to join,” she says. “We’re open to all ethnic backgrounds.”
The next even for the society will be the spring concern at the Legacy Centre on April 28. 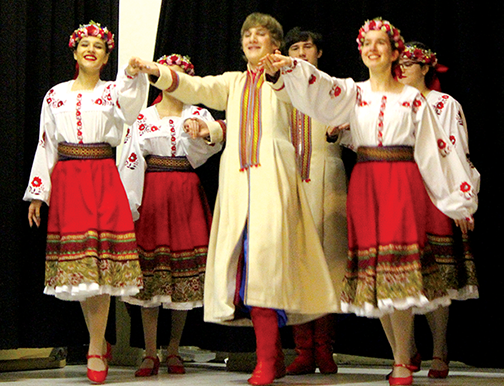 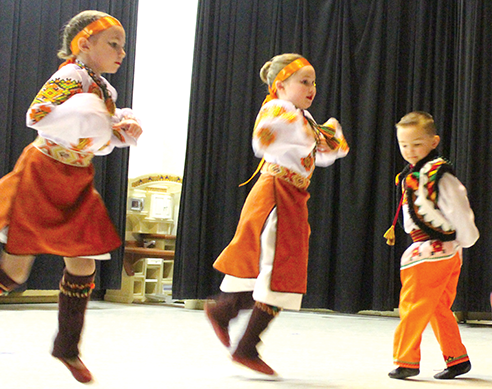 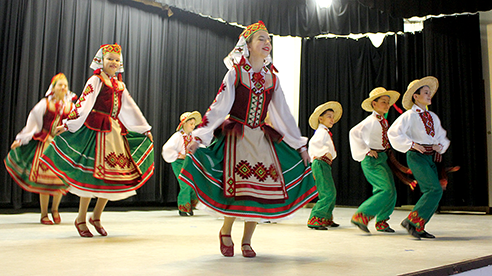 The Slave Lake Ukrainian Cultural Society junior dance group performed the polissian dance routine during the Malanka celebration on Jan. 27. This group would later take the stage again to perform the hopak. 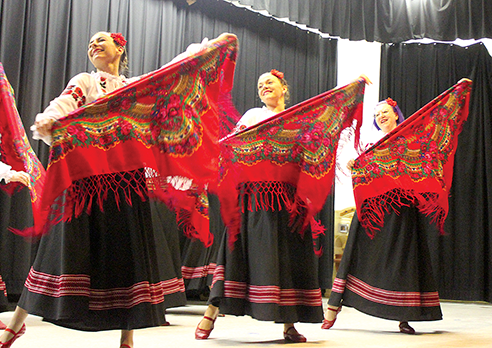