Home News Wildfire update: things heat up, then cool down

The wildfire danger is low to moderate for the Slave Lake Forest Area. Cooler temperatures and rain are in the upcoming forecast.

Two of the fires were fairly close to Slave Lake, caused by lightning the day before. One was south of the Bayer Road area, southwest of Slave Lake. The other was in the Marten Hills, about 19 kilometres east of Marten Beach.

Both fires were brought under control fairly quickly. On June 26 air tankers put out the open flame fires which were burning on the ground in the fire south of Bayer Rd. and firefighters with helicopters worked to extinguish the smouldering ground fires. The wildfire was accurately measured on June 26 at 8.4 hectares in size.

The community of Bayer Road was not threatened.

Meanwhile, a 6,200-hectare fire near Chipewyan Lake was burning out of control last week, but by the weekend was listed as under control. Rain helped.

Another fire, 26 kilometres north of Loon Lake, was under control at 107 hectares in size.

Since March 1st, in the Slave Lake Forest Area, there have been 105 wildfires which have burned 6,534.34 hectares.

In municipal fire news, the regional fire service put out a fire at the closed Highway Motor Inn on the night of July 1. 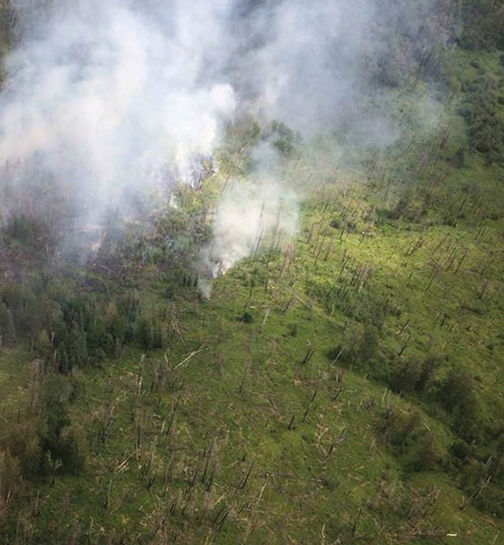 A fire started by lightning flared up a day later, a few kilometres southwest of Slave Lake on June 26.