Home Uncategorized “You’ll find out when you get there”

A Maritimer heads off into the wild northwest

The Leader spent about a dozen hours over several visits earlier this year taking notes as Slave Lake resident Brian Pitcairn recounted highlights (and a few lowlights) from his life and career in the so-called ‘Back Lakes’ communities of north-central Alberta. Pitcairn’s career in those communities – completely unplanned and unexpected – could make an interesting book. We present our version of it here. Because it’s so long, it will appear in installments

Brian Pitcairn is one of those fellows who likes to consider the ‘what if’ scenarios in life. That may not exactly square with his conviction that “the Good Lord” is in control of his fate. Then again, maybe it does.

So let’s start with one of those big ‘what ifs.’

“If the Micmac Indians hadn’t helped my ancestors,” he says. “I wouldn’t be here.”

If Pitcairn hadn’t been here, a lot of the recent history of the development of various fledgling First Nations north of Lesser Slave Lake would have been different. Not to say better or worse, but definitely different. He arrived fresh out of college gung-ho as anything to make a difference; he stayed for 40 years, first as a back lakes schoolteacher, later in education administration, band management, financial control, setting up policing programs, working on treaty settlement issues and more. Like many others who show up in the north with youth and energy on their side, if not experience, jobs were more or less growing on trees. And he hadn’t the slightest inkling of what his career and life would turn into.

“I came for a year,” he says, a familiar refrain in these parts. But Pitcairn’s story is anything but familiar. It ranges from the comical well into the bizarre at a few points, bordering on unbelievable. But it seems to have turned out pretty well, all things considered, and includes a lot of useful work, well-intentioned and well accomplished.

The tale of Pitcairn’s Highland ancestors arriving in the New World is one that deserves an article of its own, if not a book. But since the main purpose here is to cover his career in northern Alberta, we’ll let somebody else fill in the details about his Nova Scotia antecedents. Suffice to say that the Micmac saved the lives of the passengers of the HMS Hector in 1788. A few generations later, along came the woman who became Mrs. Pitcairn. However, as Brian tells it, she wouldn’t have been there either had her father, Brian’s grandfather, not been saved by providence from death by flying debris in the great Halifax Explosion of 1917.

“He was an apprentice carpenter,” says Pitcairn. “He was replacing all the windows in a house in Halifax.”

The story goes, handed down in family lore, that the young man had been around the back of a house in what was about to become the blast zone, working on a window. Three times, says Brian, he heard a voice telling him to go around the front of the house. The third time he obeyed, just in time see what he described as “a wave of air” sweep up the hill, destroying everything in its path. When he came to, he was on the other side of the house, apparently having been blown through a front window and out a back one.

“If he’d stayed where he was (at the back window), all that glass would have shredded him,” Pitcairn says.

Many others did get shredded.

With stories like that in the family, young Brian grew up with a strong interest in history. It helped also that his great-uncle who survived the First World War (two uncles didn’t) liked telling stories about it. Brian went on to study history in at King’s College in Halifax, following that up with teaching degree at St. Mary’s. All he needed then was to find a job.

So he asked a friend in the South African embassy if they needed teachers in that country. That led to an offer of a job in what was then Rhodesia, which was in the middle of an armed insurrection.

“I didn’t quite get why they were short of teachers,” he says, and wasn’t bothered much when they asked him if he minded being around guns. His mother was horrified, Pitcairn says, but he was going to go. Would have gone, he says, but fate intervened with a job offer from some place almost as far away and strange as Africa.

“One morning I see an ad for teachers from some place called Northland School Division in Peace River in Alberta.”

An agent for that organization was in a Halifax hotel room, conducting interviews. Pitcairn went and after a 15-minute interview, was offered a one-year contract.

“I guess the Good Lord answered my mother’s prayers,” he says.

Given that Robert Mugabe and his rebel forces were shooting white officials in Rhodesia, if Pitcairn had taken that job, he might not be here and you wouldn’t be reading this. On the other hand, if his mother had known what was in store for him in northern Alberta she might have lobbied the Almighty differently. But that comes later.

Sketching a map on a napkin, the recruiter told him: ‘That’s High Prairie and that’s Grouard. Be at Grouard on August 23. You’re going to be teaching at a place called Atikameg. Try to stay until Christmas.”

“Why do you say that?” asked Brian, puzzled.

“You’ll find out when you get there,” the NSD rep told him.
“How many teachers leave at Christmas?” asked Brian, very curious now.

Civilization ends at Westlock
Skipping ahead a bit, we find young Mr. Pitcairn in Edmonton, pausing to consult with his cousin Andy Bowes, who was stationed there in the RCMP. This was in August of 1974.

“No one in their right mind goes north of Westlock,” Bowes told him. “It’s the end of civilization.”

“What can you tell me about it?” asked Brian.

The bus took Brian through Athabasca and Slave Lake. He remembers the latter as not much to look at, with mostly aspen trees south of the railway tracks “and a big tree in the middle of the intersection where the 7-11 is now.” The bus proceeded on new pavement going west and dropped him outside ‘The Zoo’ in High Prairie.

“Young man, what are you doing up here?” asked the bus driver.

The first thing Pitcairn saw were half a dozen guys, “two-sheets to the wind,” in front of the hotel, looking at him. Then an RCMP officer appeared and escorted him to the Northern Lights Inn. Pitcairn asked him how a guy gets to Grouard.

“I guess you better buy a car,” the cop said.

So that was the first order of business, assisted by Jim Gibbons at the Royal Bank and Rollie Johnson at the GM dealership.

“Rollie had already sold a dozen cars to new teachers,” he says. “He loved it.”

Oddly enough, while Brian was in Gibbons’ office waiting for the loan to be approved, he got an offer of another job.

“A guy pokes his head in the door: ‘Are you a teacher?’

It was the superintendent of the High Prairie School Division, and he wasn’t above a bit of poaching. He offered him a contract on the spot.

“No one in Alberta wants to come up here,” he said.

“But I already have a contract,” said Brian.

Pitcairn declined, feeling he had to honour the promise he’d made. Later, at the Northland orientation session for new teachers in Grouard, he was approached by somebody from the AVC. Same thing: come to work for us. We pay better, etc. Apparently this sort of thing was going on constantly. There was such a demand for teachers and not enough people willing to take them or stick around once they did.

“But I wanted to find out if I could do what I’d been hired to do,” he says. “There were 17 of us that came out from Nova Scotia. We were idealistic.”

One piece of advice they got at the orientation struck Pitcairn as odd – not to mention contrary to what he’d been taught. They were told to stay away from getting involved in the community. They’ll lose respect for you. Keep them at arm’s length.

“That’s the old Indian Agent approach,” Pitcairn says. “Very much the role at that time, that familiarity breeds contempt.” It was advice he ignored.

Other advice seemed more practical. For example, what to do if the heater fails in your trailer and how to light a fire under your propane tank.

One of the new teachers accepted the offer of a teaching job from AVC.

“The rest of us stayed loyal to the ideals we’d developed,” Pitcairn says. “We were coming out to make things better for the Native people. We knew very little of what we were getting into.” 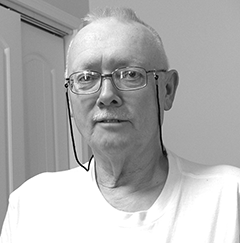